In my twenties I met people who talked about backpacking through Europe. One of them was a charming redhead, named Eric, who is now my husband and traveling companion. Back then I didn’t understand what the appeal was. I was fresh out of college, pursuing my dreams of working in Hollywood. How could I possibly afford time away to lug a heavy backpack around, drifting through hostels, potentially without enough clean underwear for a trip through several countries that speak different languages and have different currencies?

Fast forward to my thirties. I was out of the film business, living in Seattle, and married to the charming redhead. Eric and I had bought our first house, experiencing what it felt like to pay a mortgage. Imagine my surprise when Eric started talking about traveling to Europe! I checked our funds and had no idea how we were possibly going to make that happen.

Right around this time my brother, Bryan, traveled to Paris for the first time. He and his wife, Kim, came back raving about the city. In fact, they loved it so much, they scheduled another trip to go back after they returned.

Eric and I were inspired to get creative to get ourselves to Europe. We chatted with friends about traveling to Italy and renting a house in Tuscany. The house we found was surprisingly affordable and we collectively decided we would make it happen within a year’s time.

I started dreaming of Italy – the food, the wine, the sunshine, the sights we would experience, and the people we’d meet. And Eric insisted we had to see Paris. I appreciated his vigor but still didn’t quite understand the allure.

And, then, we went to Paris.

The streets in Paris speak of love, romance, adventure, history, and everything I didn’t know I wanted to experience. We were there for three days and saw an alarming amount of sights by hustling from early in the morning until well after midnight. As soon as we departed for Italy, we knew we had to go back to Paris. 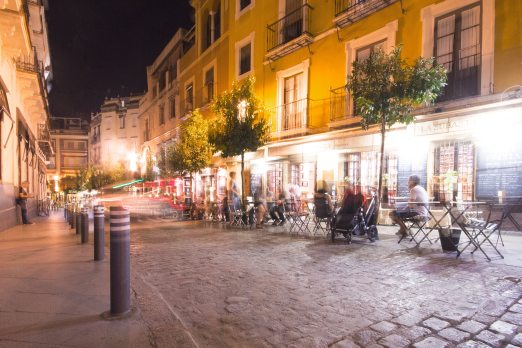 We returned to our lives in Seattle. I switched jobs four times at my company and started Rise to the Occasion. Eric transitioned from working for someone else and started his own painting business, Urban Heron Painting, after 17 years of being a house painter. The picture of the Eiffel Tower greeted us every day in our master bathroom, taunting us to book our trip back.

I came across a picture of a bustling cafe on Saint Germain Boulevard and taped it to my vision board. We were going to find a way to get back to Paris. Fortunately, we did!

While planning our trip, we knew we didn’t want to travel that far and only go to Paris so we agreed that London would be a fantastic spot to combine it with. The high speed Eurostar from London to Paris is a quick trip.

My Great Grandfather, Jack, had left England (south, in Penzance) around the turn of the century at 19 years-old and never made a return trip. This was an amazing opportunity to see the country my family had come from. Plus, neither Eric nor I had been to London, despite having several friends from there. 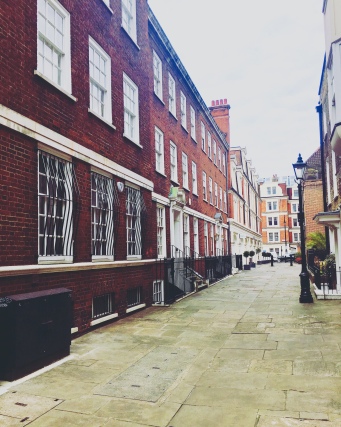 London is a city with character that we barely uncovered in the three days we were there. From afar, the aspect of having a royal family can be unusual. When you’re there, it makes sense because royalty is threaded throughout the history of England.

One of the highlights of our trip to London was a tour through the State Rooms at Buckingham Palace. This tour is only available in August and September, while the Queen is away in Scotland.

During this tour we went through the ballroom, which was created by Queen Victoria because she liked to dance. This is also the room where Queen Elizabeth awards people with the title of Sir or Dame. In addition, we were able to see where the Queen receives guests and a secret doorway to the private residence. Hint: it’s behind a mirror.

Another highlight was seeing my former colleague, Linda, who we met in the Shoreditch area of the city. She arranged for us to meet at a proper English pub for drinks. From there she took us to a traditional Sunday roast where we had our first Yorkshire pudding. We were delighted to meet up with Linda near her area of town.

London is a beautiful city. The River Thames weaves in and out of historical landmarks and cityscape, providing picturesque views throughout. The green space, like Hyde Park, Kensington Gardens, and St. James Park, is vast and well-maintained. Even the subway system, the Tube, is tidy. We found the people in London to be friendly with a good sense of humor.

Returning to Paris was like receiving an exquisite gift. Eric and I eagerly stepped back into the city that we had adored years prior. Our hotel room was appropriately petite, on the fifth floor, with balconies off the bathroom and bedroom. We were blessed with many sunny days and stepping out onto a sunny balcony with the lively buzz of the city below was heaven.

We returned to some of our favorite sights: Notre Dame, the Rodin Museum, Versailles, The Eiffel Tower, The Louvre and discovered new-to-us places: Musée de l’Orangerie (where Monet’s Water Lilies are on display), the Picasso Museum, the Luxembourg Gardens, Sainte-Chappelle, the music and vibrance of the Latin Quarter, and the cities of Reims and Épernay in the Champagne region of France. 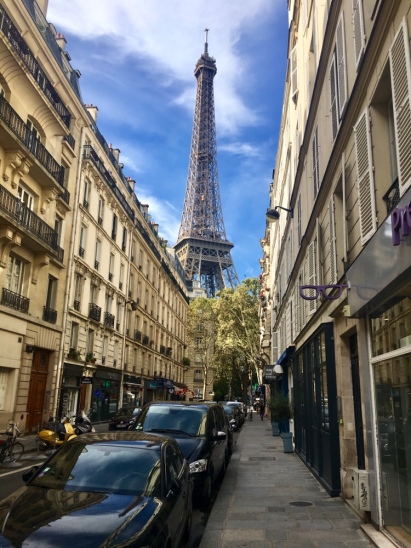 Our mornings started similarly with Café (Espresso) or Café Crème (Cappucino), a petit dejeuner (breakfast), and baguette. I don’t drink coffee in the United States but I do in France. It tastes different and adds to the experience of leisurely sitting at a cafe on a bustling city street. When eating a baguette in France, I don’t feel the heaviness I do while eating it in America. One difference may be the flour, which contains less gluten in France.

We looked forward to returning to Versailles and renting bikes to journey through the expansive grounds. On our last trip we went through the palace and Marie Antoinette’s village. On this trip, we focused solely on the adventure of navigating the grounds.

The grounds consist of nearly 2000 acres of public park, which is free for pedestrians and cyclists to enter. We cycled around the famous grand canal, known for its lavish parties back in the late 1600s. Not many people rent bikes because they’re focused on the palace and the upper grounds. This meant we were able to find silence and serenity in a very popular tourist destination.

We ventured outside of Paris to the Champagne region, specifically to Reims and Épernay. We took a train from Gare de l’Est (in Paris) to Reims and met with a tour through France Bubbles Tour. There are other, more expensive tours that will pick you up in Paris and drive you to the region. If you plan to do this excursion, you may want to price compare the cost to take a train from Paris, combined with the cost of lunch, and the tasting fees. We chose the tour that picked us up in Reims so we were responsible for catching our train from Paris. Our tour guide made lunch recommendations in Épernay, which we enjoyed because we had the freedom of deciding where we wanted to go. And, this lunch, was the best we had on our trip.

We were amazed by the history in the chalk caves of the famous champagne houses of Taittinger and Moët & Chandon. The chalk pit at Taittinger was originally dug in the 4th century by the Romans because they used the chalk to make roads. Moët & Chandon has 17 miles of caverns that hold bottles of champagne.

We learned that one reason champagne is so expensive is, by law, the producers are limited in the amount of grapes they use from their harvest. In fact, if their vines produce more grapes than what is allowed, growers will give their grapes away for free because they cannot use them!

Paris provided us with several more happy memories. We walked for miles through the city and our feet barely beckoned us to stop because there is so much to see and enjoy.

2 thoughts on “Adventure to London and Paris”